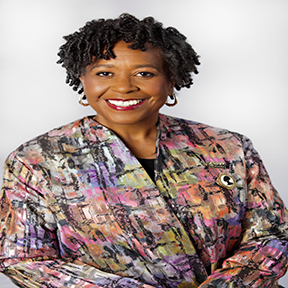 On her committment to the Black student press

“I thought that it would be better to save my voice for the Black Explosion, we needed to have something that told Black students what was going on. Something that’s still connecting us as a Black community on the campus. I just wanted to stick with the Black Explosion and make that work, so I didn’t try to write for the Diamondback.The Diamondback really didn’t do any outreach. We didn’t feel they were friendly toward us. They didn’t really recruit any Black students.”

NARRATOR BIO: Sandra (Dawson) Long Weaver came to the University of Maryland from Annapolis, Maryland  in 1970 and graduated in 1974 with a journalism degree and a certificate in African American Studies. After a career in print journalism spanning  over four decades and three states  where she was the first African American woman to serve as managing editor of the Philadelphia Inquirer, Weaver is currently the president of a media consulting firm and the director of content for the forthcoming NABJ website Black News & Views. Wheeler is one of the co-founders of the National Association of Black Journalists (NABJ). While at UMD, Wheeler was the second editor-in-chief of the Black Explosion Newspaper and a resident assistant in Denton Hall.

My name is Francena Turner, and I’m conducting an oral history interview with Sandra Weaver for the Black experience at UMD Oral History Project. Miss Weaver was Weaver your last name when you were a student at UMD?

No. My name was Sandra Dawson. Since then, I’ve been married, so Sondra Dawson Llong Weaver. That’s my full name now.

I grew up in Annapolis, Maryland up on College Avenue. That’s significant. It was a great location, in some ways, St. John’s College is on that street. It’s also down the street from the Governor’s mansion. It’s around the corner from Gate Three of the Naval Academy. Growing up there, we had access to go to the Naval Academy through that gate. Since 9/11, they’ve closed all the gates except Gate One. When you’re an Annapolitan, people will often ask you, “Which gate do you live near?” That was one way to identify your neighborhood as well.

Could you describe a little bit about your life prior to coming to UMD? Here I’m asking about family composition, home community, your family’s philosophy on higher education, that kind of thing.

As I said, I grew up in Annapolis, Maryland–right in the town. Annapolis was still segregated really growing up there. Our block had all Black neighbors on College Avenue. I’m the oldest of five children. My mother was a single parent. She made sure we all went to school, but she did not. She was a single parent and didn’t have a lot of money. She worked at night at a small restaurant, it was called Rice’s. If you’re from Annapolis, people kind of know where that is.  I didn’t get to do a lot of after school activities, because I was also the babysitter. When I came home from school,I  had to take care of my younger brothers and sisters and sort of get my homework done. When I graduated from high school, it wasn’t a lot of emphasis on higher education. What she said to me was, “You should go to college, but I don’t know anything about helping you to get there, or what you need to do to go.” I was pretty much on my own and went through the process, I had to ask questions of counselors or whomever, friends who were also applying to the University of Maryland. Pretty much it was my only choice. I was lucky to get a full scholarship that covered everything I think except for maybe $100 all four years. Back then when I was going, I think the tuition was something like $2,000 a year, which doesn’t sound like very much now. But if you don’t have any money, it was still a lot of money back then. That was the philosophy. Getting higher education was a great thing, but financially, they just couldn’t help me and did not have the education. My mother didn’t have the education. My grandmother, who we also lived with, only went to the fourth grade. In her eyes, me graduating from high school was a great accomplishment. Going to college was even more of an accomplishment. One of the stories I always tell about my grandmother is that she was a domestic worker, and wanting to help me as best she could, she would save $5 and she’d send me that $5 once a week to help me get through. That is one of the things that made a difference in my life on the campus.

Which high school did you attend?

I entered the university in September of 1970 and graduated in May 1974. It was on Mother’s Day. That was a big gift to my mother to be able to come to my college graduation.

If you could, walk me through your earliest memories of being on campus as a freshman.

The campus was huge. I really had not traveled very much outside of Annapolis. I was used to walking downtown and  pretty much walking everywhere. My family did not own a car. So that was a big thing. The thing I remember most was the campus was huge. That area between McKeldin Library on that square and kind of standing there and looking at how awesome that whole space was. I was used to going to school with white students. [In] most of my classes, I was the only Black student. That was not as jarring to me as it was to some people who had come from predominantly Black schools. What I didn’t really have a chance to do that I could do on the campus as a freshman was meeting other Black students who were interested in higher education who wanted to succeed and to do other things. That’s what we were able to do. But we were a small community of Black students. There were 35,000 students on the campus, and approximately 800 were Black at that time. It was a very small Black community you got to meet. Mostly, we knew a lot of our Black community. We were all very friendly. If you were going to class, you’d say hi. You pass another Black student, you’d say “Hello.How are you? Where do you live?” And the answer might be, “I live on the hill” or “I live in the high rises.” I lived in Denton Hall all four years. The first year, it was all girls. The second year, it became coed. That was a very big deal and a big change. I lived in Room 836. I don’t know how I can remember that these years later, but I think that was my room. At any rate, all the floors were divided by the elevators. So half the floor would be male, and then the other half would be female. That’s how they divided it up. So you could go and not see a male student. It wasn’t as big of a deal to me to live in a dorm that was coed. But that first year was all girls, and just sort of navigating the campus was a big deal.