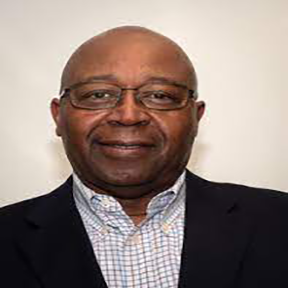 On the Lakeland Community

“Jean, Gela, and Connie. Sandage was their last name. Their mother worked in the counseling center.  Their  home was always open to us. We would go over to Lakeland and go to the church over there with her family, and then of course we would go back to their house to have a decent meal. That’s basically what happened in terms of getting out to the community. You didn’t want to go too far away because you never knew what was going to happen. One of the guys that we were in school with was arrested. I think it was a traffic violation or something. Anyway, they couldn’t find him for a couple days. Because, back then, what they would do is arrest you, you take it to one precinct and beat you, transfer you to another precinct and beat you over there. You didn’t venture too far away from campus. But Lakeland was a safe place for us back then.”

NARRATOR BIO: Gareth Murray came to the University of Maryland, College Park in 1965 from Baltimore City, Maryland. He graduated in 1970 with a degree in Psychology. He continued on at UMD and earned a master’s in Counseling & Personnel Services in 1973. Murray earned a doctorate in Counseling Psychology  from Cornell University in 1976. After working for a decade at the University of Southern California, Murray went into private practice and worked for Brownlie, Dolan, & Stein. Murray then worked at what is now the University of the District of Columbia before retiring from the Maryland Higher Education Commission in 2013. Murray also earned a Master of Divinity in Theology from Virginia Union University in 1995. From 2003-2007, Murray served in the Maryland General Assembly. While at UMD as an undergraduate student, Murray was a member of the Black Student Union and the administrative assistant to Julia Davidson, the Director of the Intensive Educational Development (IED) Program. As a graduate student he continued to work in Davidson’s office. As a graduate student, Murray was also the inaugural president of the Black Faculty and Staff organization founded in 1970 by Davidson.

My name is Francena Turner and I’m conducting an oral history interview with Gareth Murray for the Black Experience at UMD Oral History Project that is a part of the Reparative Histories Initiative. First of all, am I pronouncing your name correctly? Gareth Murray.

I entered UMD in 1965. And I left in 1973. But that that was after I did a bachelors. And then I did a master’s and then I left to go do a doctorate at Cornell.

What years did you do your master’s?

Then you said you went to Cornell for your doctorate?

How would you describe your life prior to the University of Maryland? With this question, I’m interested in your family composition, your home community, thoughts on higher education, that kind of thing.

Okay. I grew up in Baltimore. In a community where the question wasn’t, are you going to college? The question was always, where are you going to go? The neighborhood had a lot of teachers. Some lawyers, some attorneys, Jada Pinkett’s  grandfather and grandmother lived two doors up from me. I grew up with her father and her uncle. Her grandmother was a teacher, and she was very close to one of my family members. Her husband was an attorney. At that time, you couldn’t live in too many places. I mean, they had basically areas mapped out for Black folks. So that meant we got to live together. From the guy that worked labor–everybody was in same neighborhood. One of the judges from Baltimore City, Judge Watts, was also in our neighborhood. It was a good mixture. It was nice, I think in that, like I said, the expectation was that you were going to college. Period. In my instance, my oldest brother went to what’s now University of Maryland, Eastern Shore, it used to be Maryland State. My other brother went to Morgan. I wanted to go to University of Maryland. Part of that was because every year they had band day. I was in the marching band at my high school, which was Edmondson High School, and I loved it. I fell in love with the campus. I had no idea of what the campus was about. That was the only school I applied to. My high school counselor, when I look at it now, she tried to persuade me as a white try persuade me, as a white woman, to go to Morgan. I wanted to go to University of Maryland. She said, “Well, I think Morgan would be a better fit for you.” Back then, I’m thinking “What, why? Because I’m Black, you know, or I’m a Negro?” Now when I look at it, I said, “Maybe she understood what was going on at University of Maryland College Park and felt it would be better for me to go to Morgan so that I would actually have more support.”  The University of Maryland was an interesting place. I got there because that’s the only place that I applied to. My high school music teacher was very supportive of me. I don’t know if he knew anything about the politics and the racial issues on the campus, but he knew that they had a nice marching band, because that’s what he modeled his marching band after. I applied and I was accepted. My roommate was actually a classmate of mine. The two of us applied and were accepted. Of course, when they saw the pictures, they put us together. There were three of us–my cousin, a classmate, and I was three–three brothers from our high school that went to University at College Park.

Before I go further, I have to know. Which instrument did you play?

I was a drummer. My last year or last two years, I was the drum major for the band [in high school], because my band instructor wanted to a drum major we didn’t have. So he basically appointed me to do that.

Once you’re at the University of Maryland, how did you determine what you would major in?

Unfortunately, that was one of those situations where we didn’t have a lot of help, or at least I did have a lot of help. When I got to Maryland, I actually wanted to go into ministry. Of course, that’s not a major. I went back home, and I talked to the pastor. He said, “Well, look, it’s about people. So just do something that has to do with people.” I said, “Okay.” I met a guy on the track team–I was on the track team for like a year as a walk on. The coach saw me playing intramural basketball, and asked me to come out for the track team. One of the guys on the team was a psychology major and we talked. I said, “Okay, this sounds like something.” But, there was no formal advising. The only advising that I got was, how many general course requirements, how many credits you need to fulfill this, and how many you need to fulfill the major itself. There was no advice beyond that. My parents couldn’t advise me because my parents didn’t go to college. It was one of those situations where God had to step in and make sure that the right people were in place to help me along.

Now that you mentioned your parents, what did they do for a living?

My father was a warehouseman and my mother worked for the federal government. She worked for Social Security.

Walk me through your earliest memories of the first time you came to the campus as an incoming freshman.

My roommate and I, a guy named Charles, we’re walking around  campus.  We moved in and we were in what they called—what was the name?  Catoctin was the dorm, but it was [called] the trailers.

You had two guys on one side, two guys on the other side, and a little bathroom in between. and the room was probably no bigger than 10 x 10. You had a little desk on each side and the bunk beds. We went out walking Monday. We went up to the Student Union, and they had people in the stocks for whatever offense they had committed. We just strolled and didn’t see too many of us When we finally ran into some other Black folks, it was a big deal for us. Because we could go for days without seeing anybody other than ourselves. We didn’t feel uncomfortable because we had come from high school that was predominantly white. There was no discomfort being around all these white folks, but there was nothing going on that basically invited us to be part of the campus. They didn’t  welcome us with open arms.

As a matter of fact, early on—I’ll never forget this–we had these mixers, whereas the girls’ dorm and boys dorms would get together—because they were segregated at that at that time—we were going over to the hill for a mixer. Apparently, they had informed the young ladies that there were a couple of Black guys in this particular dorm that were coming. They must have instructed them to be nice to us. When we got there, I told my roommate, “Look, man, they don’t want to dance with you.” He said, “I don’t care.” Charles loved to dance. He went over and asked a young lady to dance. She literally cried as she danced with him. I’ll never forget that because we’re just two guys like everybody else. But, we were the only ones there that were Black. So those are some of my earliest memories of being on campus.