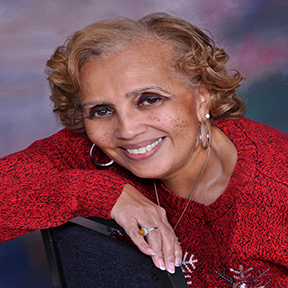 On racism in grading at UMD

“I never understood this kind of racism where it wasn’t personal because you didn’t know me. You just decided this little colored girl wasn’t going to be a teacher. You decided this out of no purpose or personal interactions or anything that will make us have a conflict.” I had to go all the way to the dean to get the grade changed enough so that I could student teach and, again, you’re starting to feel like, “What is wrong with the world?”

NARRATOR BIO: Gwendolyn Betts came to the University of Maryland College Park in 1966 and graduated in 1971 with a degree in elementary education with an art minor. Betts earned a masters in education in art from Towson University in 1977. Retired from a multifaceted career in teaching in the Balimore and Prince George’s Counties’ schools, Betts now does education consulting work for the federal government. While at UMD, she was a member of the Black Student Union and the Universty Fair Housing Committee.

All right, my name is Francena Turner and I’m conducting an oral history interview with Ms. Gwendolyn Betts for the Reparative Histories, Black Experience at the University of Maryland Oral History Project. Ms. Betts, was that your last name when you attended the institution?

I lived in a segregated part of Baltimore City back in the day. Integration had just sort of phased in. I’m the oldest of six. I had both my parents. I lived a very sheltered existence—church, school, and home. I went to the integrated middle school with white people, which got me ready for the terror around people. Then I went to Emerson High School as they started to integrate. In the years I was there, it went from majority white to majority Black.  When I applied to go to college, I lived in a world of fantasy books. I read constantly. When we would go see my aunt in DC, my father took Route One—this was the days before highways—and College Park…the campus mesmerized me. It was like all the books I’ve ever read. Coppin wasn’t it; Morgan wasn’t it. The campus, the fraternity houses—before I understood what they were—but that’s the world. I thought that’s how college was going to be, and I applied. My counselor called my mother in and said why was I applying to that school. I was smart—top 5% of my class. He could get me into Coppin free or Morgan free I planted at school, I was smart, like the top 5% of my class to get me at a cop and free a bog and free. My mother was not a sophisticated person. She just looked at me. She looked at him. She said, “That’s what my daughter wants to do. That’s what we’re gonna do.” She gave me her last $25 to apply, and I got it. I went down there with the little girl fantasy of college. SMACK! [laughs]

I was put in Wicomico Hall, back then that’s where most of the Black people were. They were sort of integrating. My application still had it where you had to put your picture on it, and they’d put an X on it. You know how you remember stuff? It’s just etched in my head how this went. Luckily, when I got to my dorm, there were three Black young ladies there and one of them had gone to my church. Connie Perry, Trena Brown (Trena Taylor then), Bronwyn Wheeler (I think it was Wheeler then). They were there a year ahead of me, so I had somebody in the building. Of course, I get my room. My whole family had taken me to college—my father, my parents, all my siblings—and I get a room. The door opens and a white girl comes in with her family. We leave and I come back. This is my favorite part. I see her parents in there packing her stuff up. They turned and looked at me, “She got assigned to the wrong room.”  I said, “I see says the blind man.”  I ain’t crazy. I said, “Okay.” Off she went. She wasn’t gonna live with a little Black person. Off she goes. Later on, a person who became my best friend Joy Best—her roommate refused to move in–so then Miss Trinkle was our house mother (remembering all this stuff)—Ms. Trinkle asked me to move, and I said, “I’m not moving anyplace. This is my room you assigned. I’m not moving. Joy agreed to move, and we became roommates. That’s how we started the first week at College Park.

They gave me classes that were not…they were hard. They tried to flunk me out. That’s pretty straight. My grades were terrible. The first year [GPA] was under a 2. I was the only Black person in most of my classes. It was very difficult. But what happens is you go to Dining Hall 1. All the Black people hugged and that was my support group. I am friends with most of those people to this day. In my dorm was a lot of Jewish girls. They had cars and money and they loved our music. They became secondary people. They were nice.

Everything whether class wise or teachers, most of them were very, very prejudiced. One guy, I wrote a paper, and he called me up front. He said, “I didn’t know I had a Black person in my class.”  Back then my hair wasn’t this color, it was long with a part in the middle. Most of the people would think you were Puerto Rican—anything  but Black. You could go places and they would speak to me in different tongues because they thought I was a different race. They had never been around Black people. They assumed Black people were on television and that we all looked alike and didn’t come in different shades, or different perspectives or anything. One girl said to me, “Why y’all sit together?” I said, “Don’t you sit with your friends. “Well, why are y’all here?” I”I came to get a good education, why are you here?” Questions like that. Once, I’m walking across campus and somebody threw water on me. It was constant.