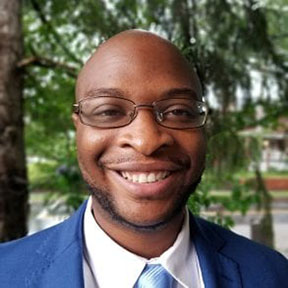 On the importance of organizing...

“There’s power in a groundswell and getting people to understand what the issue is and act on it. I felt that was what was really empowering in the Dr. Black thing [protest against consolidating his position of Director of Equity and Enrollment with another position]. My mentors were able to let me know what the issue was, and I was able to talk to Dr. Black and know what the issue was and talk to other people and they all felt the same way. We needed to do something. And so it wasn’t like I’m telling people what to do, or where to be, or how to feel.  I’m a conduit for something that’s happening. And I need to give people an outlet for this that isn’t to just sit in their own spaces and be upset. So, I feel organizing is  the ability to do something about it.”

NARRATOR BIO: Kelechi Agbakwuru is a second generation Nigerian American, and he came to the University of Maryland, College Park from Southfield, Michigan in 2007. He graduated in 2011 with a degree in American Studies. He graduated from the University of the District of Columbia’s David Allen Clark School of Law in 2018. While a student at UMD, he was a member of Community Roots and Students Taking Action to Reclaim our Education (STARE). These organizations, both multicultural in nature, organized to resist retrenchment, or severe budget cuts to programs and faculty that supported African American students at UMD. Agbakwuru currently works for Rising for Justice in the tenant justice department. In this capacity he represents tenants facing evictions in Washington, DC.

My name is Dr. Francena Turner and I’m conducting an oral history interview for the Reparative Histories: The Black Experience Oral History Project at  the University of Maryland. Can we start with  you saying your name?

Hi, my name is Kelechi Agbakwuru, and I was a student at the University of Maryland from 2007 to 2011.

Could you talk to me a little bit about your life prior to enrolling at the University of Maryland?  Like your home community, family composition, things of that nature?

Yeah, I am a first generation Nigerian American. My mother immigrated to the US in the late 80s with my father when I was around three years old. A few months after my mom had my youngest brother, my father actually passed away in a car accident. It was my mom and my older brother, my younger brother, the four of us together. Not too long, after my father passed away, we moved to Michigan. We pretty much lived there and that’s home base for us ever since. Again, first generation Nigerian. I was very committed to the Nigerian community in Detroit and Southeast Michigan, in general. A lot of friends and people who became family who were family, friends, or people who knew each other from Nigeria, who reconnected in the United States. That networking community was really important to me in building who I was and how I wanted to focus on education. Who I wanted to be. I was really very proud of being Nigerian. I feel those were the two biggest catalysts for me growing up. I wanted to go to the University of Maryland, initially, because I’ve always had family in the area. I had an uncle that went to the University of Maryland and got his bachelor’s at University of Maryland. And I had always visited Maryland, so it wasn’t like I was ever too far from the area. I have family in PG [Prince Georges] County. I visited PG County a lot and always wanted to one day land in Maryland and so when I did get an opportunity in college to move, I chose the University of Maryland.

Now, you mentioned having family in the area, but was there anything specific about the university that made you pick it as where you want it to attend?

I think that, honestly, family was probably the biggest thing for me. I didn’t apply to many schools that were out of state. In Michigan, I saw myself going to University of Michigan and then the way that I ended up… I got wait listed to the University of Michigan and then I felt  going to Maryland was a lot more attractive after I got waitlisted. Maryland was a school that I wanted to go to, but I didn’t really ever see myself going out of state until they gave me the acceptance letter. And then it became something that was a lot more real for me. So that was kind of exciting.

How did you go about determining what you wanted to major in at the University of Maryland?

So, the major was kind of an adventure. When I came into the University of Maryland, I started in the Honors Program, and I started as an aerospace engineering major. I didn’t feel that was a good fit for me pretty quickly. Most of the time, I felt, in a lot of ways, I knew what I wanted to do with school. I thought that engineering was what I wanted to do at school. But I’d go into the classes and  doing the stuff more and more, it was, one, difficult for me to keep up. I felt I was doing a lot to keep up,  trying to keep up in the summers, taking summer classes to try to keep up. And then also, I just felt it interested me less and less the longer I was in college. I felt I was in one place where I was spending a lot of energy and effort trying to make something work that’s not really working and that I don’t really love. And conversely, I was spending a lot of time in student groups and spending a lot of time learning from my other classmates and learning about what they were doing. I remember I was in…Community Roots was a student group that I was a part of for a long time and I had a lot of connections with. Still, to this day, I remember I was studying in our student group office with a friend of mine, and I was trying to catch up in aerospace stuff. I was doing calculus stuff and trying to study, stay in a place and focus. And it was cool because we were just studying together. He was working on his thesis–his American Studies thesis. He’s explaining to me stuff that he’s doing, and it was really the first time that I ever thought about American Studies as something that I could do. Something that would be interesting to me to do something like that. The more and more I learned about it, the more it became something I wanted to do. After that semester–my second semester–I was not doing well in aerospace [engineering]. I was on academic probation, or I was going to be on academic probation, and I decided to change my major to American Studies and just transfer my credits and start there. After that, I felt a lot more comfortable both with the subject matter and then also just keeping up with classes. I felt it was kind of a 180 as far as grades went, because it was something that I felt I was interested in outside of class. Also, it was something that didn’t feel…I don’t know…I felt I knew how to study for it. It wasn’t something that  I was catching up so much. I was more  writing how I thought about things or how I felt about things and ideas that I had thought about for a while as opposed to trying to learn things for the first time that I wasn’t as interested in. So that was definitely a change.

If you could, walk me through your memories of your earliest memories of being on campus as a freshman.

My earliest memories of being on campus as a freshman–probably moving in. So, move-in day is… you don’t really know how things are gonna go because you’re meeting your roommate and meeting the people on the floor for the first time.  I had two roommates. You’re in a closed space. And I ended up…one of the things that was really cool, and really helped me break the ice is that one of my roommates, I really got close with right away. One of the things that we did–I think the first or second night–was just walk from one end of campus to the other. Neither of us had been on campus and we were like, “If we walk the campus, we walk the campus together,” you know? And we did that from…we were in Denton, and we walked to Susquehanna, I think. They’re past the business school and stuff like that. We just kind of  walked around South campus a little bit after that. And I felt was something that made me really enjoy being on campus–the freedom to just do something like that and really feel I can explore and meet people. I’m exploring and meeting people with somebody who’s kind of in the same boat as me. And yeah, that was that was probably my earliest experience that I remember, that I hold on to.